17 Things to Know Before You Move to NYC

You're going into the new year (well, new DECADE!), ready to change your life and move to New York City: concrete jungle where dreams are made of. You're practically blinded by the lights of Broadway and the idea of living in The Big Apple. Maybe you're familiar with visiting NYC or maybe not, but regardless there are some things you need to know to avoid making noob mistakes.

First things first, let’s be clear: New York is a state that spans over 54,000 square miles. While New York City is the most populated city in the state, making up 40% of the state’s population, New York state is also home to Buffalo, Rochester, and Syracuse. The state capital of New York is Albany.

2. Plant your roots in your neighborhood and know your borough.

There are five different boroughs in the city, so get to know yours along with its history. The city is divided into Manhattan, The Bronx, Queens, Brooklyn, and Staten Island each with its own personality, vibe, and pros and cons.

Getting involved in your community can help you find the neighborhood pulse and help you feel rooted in your home. If you’re unsure about where you want to live, a short-term lease in a neighborhood can help you get a feel of what that area is like, what you love about it, and maybe what you don’t love.

3. The New York City mindset and hustle is different.

“The New York state of mind” is a real thing. Those who choose to make the big city their home need determination and grit. According to a 2018 study, the cost of living in New York City is 22% higher than other metropolitan areas in the United States, a statistic that challenges residents to find ways to hustle in their careers.

Additionally, New Yorkers are known for their resilience and ability to adapt and learn through experience. Did you end up with blisters all over your feet after debuting your new platform sneakers on your 21-block commute to work? Lesson: walk to work in your comfy walking shoes and get your fashion on when you get to work. You can count on most New Yorkers to not make the same mistake twice.

4. We've all heard what a "New Yorker" is, but truth is, not everyone is like that.

We’ve all heard the negative stereotype of New Yorkers — they’re mean or off-putting and uninterested in making new friends or being polite. That’s not completely true. New York is truly a melting pot. While a good number of New Yorkers are born and raised there, a significant number are from all around the world and all walks of life. While New York residents might have a tough exterior, the best way to get to know people is by putting yourself out there.

5. Finding a place to live might be a bit of a culture shock.

Depending on where you’re moving from, real estate in NYC might give you sticker shock. With the average one-bedroom apartment costing $2,750 per month, many New Yorkers find roommates to help them foot the bill. Additionally, when it comes to finding a space, most newbies to New York are surprised to find that their rental price doesn’t equate to square footage, so minimalism is key.

The actual process of finding a place to live in NYC is different than most other places. You might benefit from looking for available spaces on Craigslist or Streeteasy, but renter beware: anything that looks too good to be true probably is. Faros is a short-term housing marketplace where listings are furnished and turnkey ready, and it's also a great place to find a housemate to curb that cost. A popular way to avoid scams is to hire brokers to help you negotiate your perfect living situation.

6. New York City experiences all kinds of weather. Prepare yourself. Winter and everything else is coming.

Perhaps NYC doesn’t experience the various weather extremes that other cities do, but make no mistake, they do have every season. When it’s hot, it’s HOT, and when it’s cold, it’s COLD. And a little known fact about the city: when it rains, it RAINS.

Pro tip: Buy an umbrella, but not an expensive one. After a New York rainstorm, you can count on finding umbrella graveyards everywhere.

7. Be prepared to walk, quickly.

In New York, people take walking seriously. Because it’s a main transportation method, chances are that people on the sidewalks have places to be and people to see, so move with a purpose. If you want to take a stroll on your own time, find a park.

8. Love public transportation? You will now.

Maybe it won't be love, but you're going to have a relationship with MTA and subway system. While it does have its drawbacks, the NYC subway system is a wonder in and of itself and the main way New York residents get around. (It will get you to and around most places in the city.)

That being said — it’s not always easy to get around the city, and it’s important to factor unexpected delays into your schedule and commute. Traffic is terrible, the subways lack accessibility, and biking around aggressive drivers isn’t always safe.

Pro tip #1: Do yourself a favor and buy the unlimited monthly/weekly Metrocard rather than try to figure out how many times you’re going to ride that week or month. It’ll save you time and brain power, and you’re almost always going to ride more than the pass costs.

Pro tip #2: There are peak times to avoid being out and about. Those times are when the kids are released into the wild. Around 3-4 p.m., school children get out of classes and ... are trying to head home. Do yourself a favor and stay out of that stampede.

9. Nightlife can be expensive. Don't let it break your bank.

Thanks to a high cost of living, the cost of going out in the city is pretty high, too. You can expect to spend at least $5-$9 per bottle of beer on any given night, and most cocktails go for ~$15. Keep from breaking the bank by making sure you're looking for drink and no cover specials on weekends.

Pro tip: If you're planning on drinking to have a good time, gather your friends and pregame before you go out. Buying your booze at a supermarket rather than a bar can save you up to $7 per drink.

10. Uber and Lyft are cool, but to New Yorkers, taxis are king.

While Uber and Lyft solve the problem of public transport across the United States, yellow taxi cabs rule in New York. In no other place can you walk to the side of a block, put your hand up, and get a ride. Also a bonus: Yellow Cab rates are static, so riders won't get hit with that ridiculous surge pricing on high traffic calendar dates and times.

Prepping your wardrobe for living in New York is just as — if not more — important as prepping your mind and your wallet. With average lows of 26º F in the winters and highs 80's with 60% humidity in the summers, layers will become your best friends. The weather outside might be icy cold outside, but you can count on the inside of buildings feeling like a furnace. To combat the wild winds that travel through skyscrapers, make sure to invest in a long (read: longer than your waist) down (or down alternative) coat so your thighs don't become icicles. Because of all the walking you'll be doing, you're going to want to remember that shoes should be comfortable and cute where possible. Not possible? Bring flat shoes to change into when you can.

12. Seeing the big snow in Central Park is gorgeous...until it becomes slush and your life becomes a nightmare.

While snow is beautiful and it's super fun to look at and play in, crossing New York City blocks in melted snow (AKA brown slush) on your morning commute is a lot like trying to parkour through the Legends of the Hidden Temple set. And if you misjudge a jump? Say goodbye to your tailbone.

13. Those sidewalk tunnels? Not tunnels. Scaffolding.

The first time I went to New York, I walked under a huge section of scaffolding and thought, "Oh, how nice — the city built aboveground tunnels to protect pedestrians from the elements. And then I found out it's not a tunnel; it's scaffolding, a permanent fixture in the Big Apple. If there's construction, resurfacing, or renovation happening, there's going to be scaffolding, which means there will be "sidewalk sheds" 100% of the time.

14. When they say New York is "The City that Never Sleeps," they mean it.

In New York, bars are allowed to open at 8 a.m. and can be open and serving alcohol until as late as 4 a.m., which provides a place for anyone to get their preferred drink of choice at (almost) any time. The fun doesn't stop at drinking. There's always a grocery store or bodega open nearby so you can buy your rocky road ice cream fix at 4 a.m. when you need it.

There are so many things to do and see in the Big Apple, which is amazing because there will always be something to do, but a lot of residents start to feel like maybe they're missing out on all of the other things to do. Broke and Bothered has endless tips on how to navigate the "unwinnable game" of FOMO, but my favorite is planning ahead with your very own "NYC Adventure List." It's a great way to get out and explore while helping yourself feel accomplished and fulfilled.

It's easy to see the mountains of the northwest or the beaches and palm trees of Los Angeles, but New York is beautiful in its own way. New York is home to incredible, unique, and world-renowned architecture and design like Grand Central Station, the Empire State Building, and the Statue of Liberty. Looking for something that's not as huge but just as beautiful? The Lights of Coney Island are overwhelmingly gorgeous against the night sky.

17. New York is famous for its pizza, but don't overpay!

New York pizza is world-renowned and delicious, but according to residents, unless the slice is twice the size of your head, don't pay over $1 for it. Want to try the city's best pizzas without the fear that you're going to run into a substandard slice? Check out this list from The New York Times that covers the 10 slices that are totally worth it.

Moving to New York is exciting, and with the right preparation, it can be something you look forward to rather than an anxiety-inducing experience. So grab your walking shoes, get ready to move with a purpose, and prepare for the biggest adventure in The City that Never Sleeps!

Thanks for subscribing! We'll send you email updates with new blog articles.
Oops! Something went wrong while submitting the form.
Latest Posts 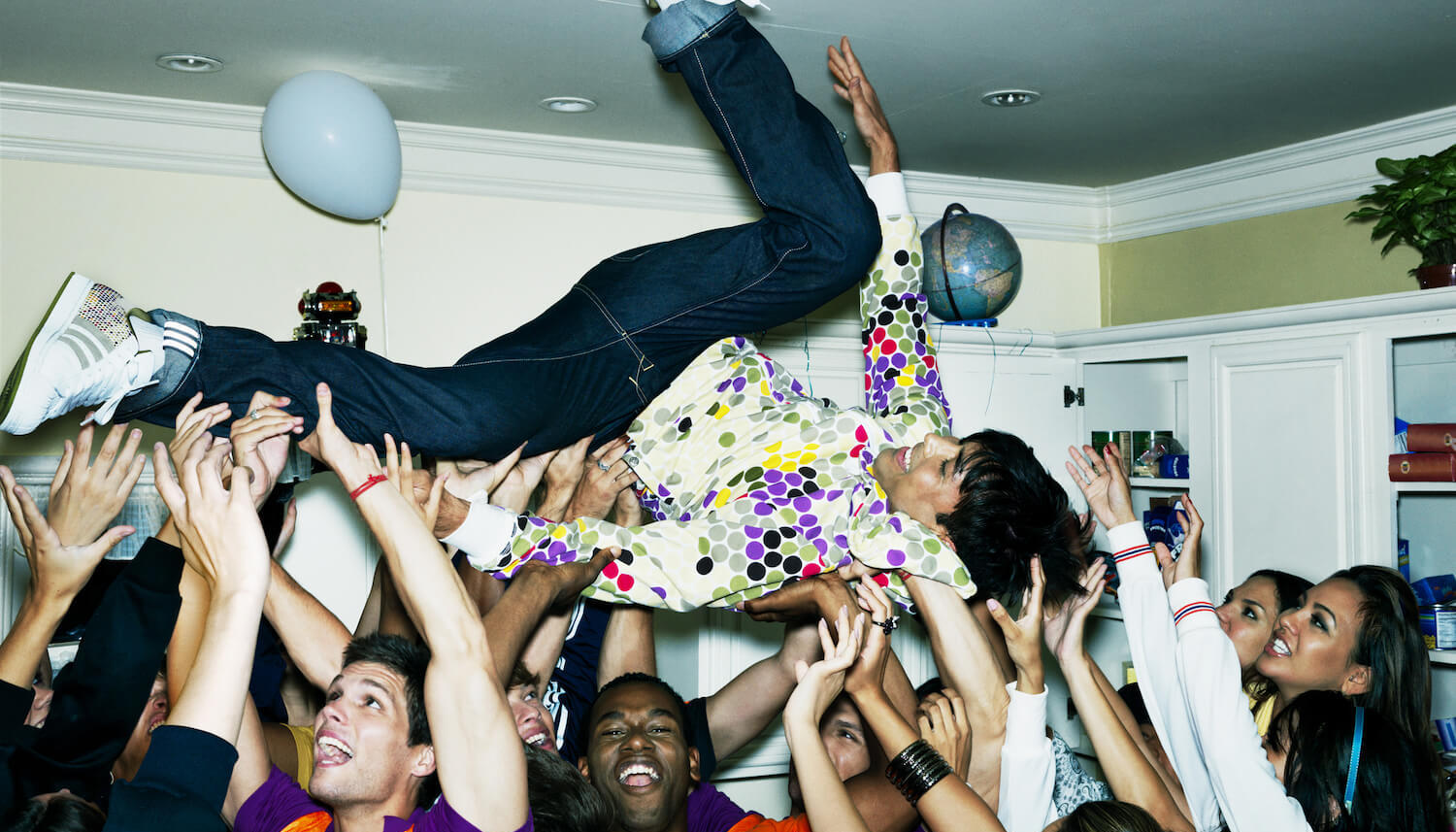 10 Ways to Deal with a Bad Roommate 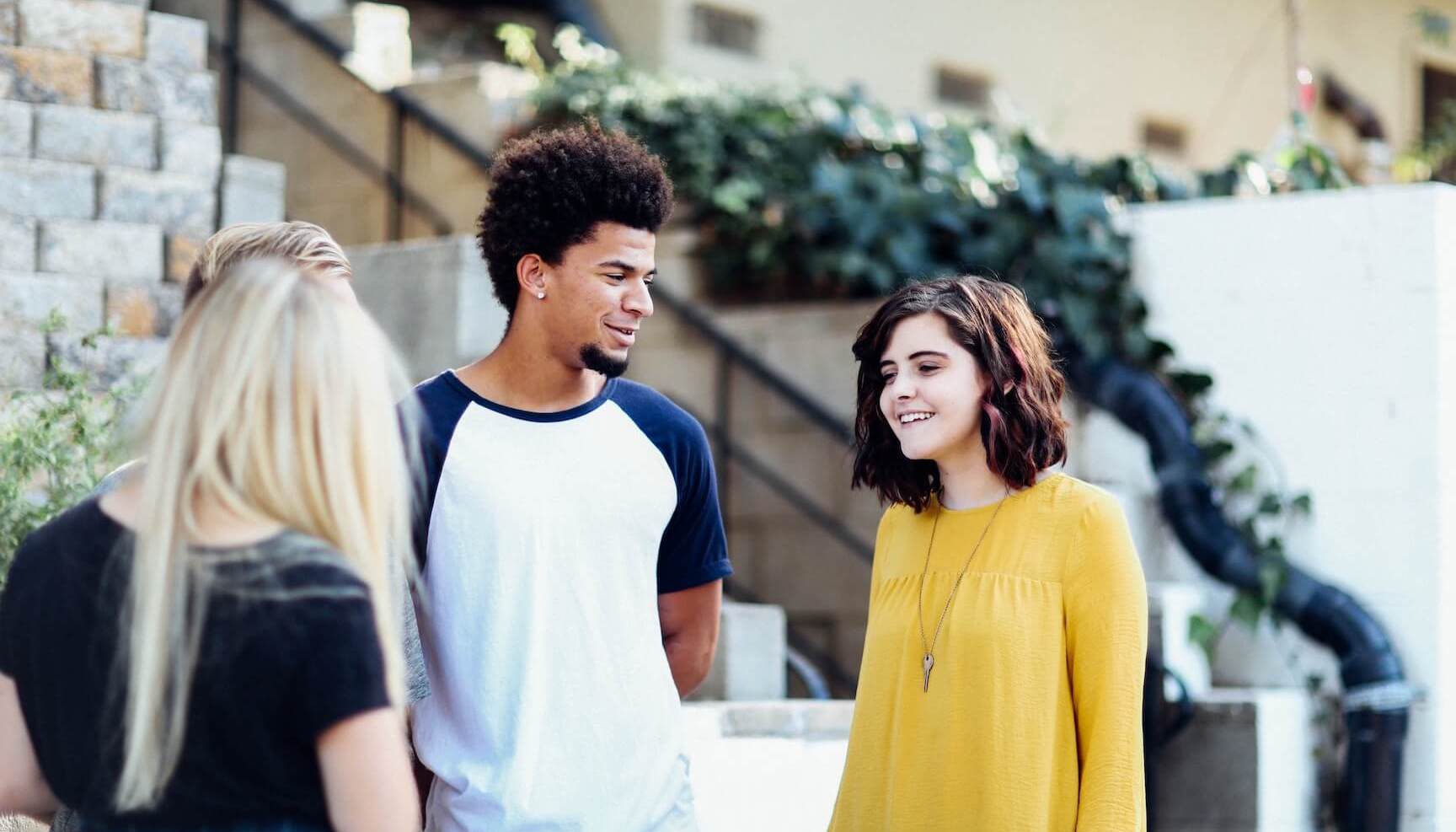 How do you find a roommate?