Meet Jack Forbes, co-founder and CEO of Faros. He's a graduate of the University of Waterloo (Ontario, Canada) and a soccer and space enthusiast. His personal experiences with short-term housing for his internships changed the trajectory of his career. We sat down with him to hear the full story.

How would someone describe you?

Oh boy. I don't like describing myself, but I feel like if my teammates described me, they'd say I'm funny, sarcastic, positive, energetic, kind, and hard-working.

What people are surprised to learn about me is that I'm an introvert. I can appear extroverted, but I get drained when I'm around people for a long time and feel much more recovered and energized after being alone.

So you're Canadian, eh? Where did you grow up?

I grew up in Waterloo, Ontario, which is an hour drive west of Toronto. I moved to Seattle — specifically, Bainbridge Island — when I was 10, so I've spent half my life in Canada and half in the United States.

What was it like to move from Canada to the United States as a kid?

I had to make all new friends. The people in Bainbridge had known each other since they were in kindergarten, so I had to make my way into already-existing friend groups. I've played soccer my whole life, and I ended up meeting my closest friends through that. I was lucky that we moved to a fairly accepting area since it's just a few hours from the Canadian border, but I would still get the occasional person poking fun at my Canadian accent and how I said things differently.

You ended up going back to Waterloo for university. What inspired that?

While we were living in Canada, we hosted a Waterloo student named John for a year or so, and I literally and metaphorically looked up to him. (He was very tall.) I spent a lot of time with him (he taught me my first video game) and I think that's where the seed was planted.

As I got older, I liked math and always wanted to know how things were built. Engineering seemed like a good path to go down, and since my dad and John went to UWaterloo and UWaterloo is known for engineering, it seemed like the right place to go.

What inspired the idea for Faros?

I had lots of renting horror stories with temporary housing for my co-ops, which are essentially internships. At Waterloo, we don't just have summer internships — we have six internships built into our five-year curriculum. This means that every four months, we're likely moving and needing to find temporary housing for our internships. My internships ended up being in Vancouver, Mountain View, and Palo Alto. The Bay Area was by far the worst housing market. I searched for hours on Craigslist, Airbnb, and Facebook Marketplace, but I couldn't find anything that matched my student budget, was furnished, and allowed me to book online since I couldn't visit any places in-person.

Despite all the not-so-great experiences, what inspired me the most were my most positive renting experiences. When I moved to San Francisco, I rented a private room in a property owned by Alex. He's actually now a Faros host and is a phenomenal person — incredibly nice, down to earth, accepted bitcoin for rent, always made sure we had fast wifi,  gave us a $150 Amazon gift card to spend on the space, and hosted a dinner for all his properties' tenants three times a year. As a renter, I felt like he did everything right, and I knew that there had to be more hosts like him that deserved to be connected with great renters as well.

So, you had all these experiences. What came next?

Faros started as a team project for our capstone project, also known as a final year engineering project or thesis. Based on our personal experiences and struggles, our initial concept was an online marketplace that connected interns moving to the San Francisco Bay Area with property managers and owners, and after I graduated, Zach and I built that concept into a reality and released that to the public in October 2016.

Who chose the name?

[Laughs.] The name is a long story. When we first released our beta, we were called PadPiper, and we renamed the company in October 2019. We loved "PadPiper" because of its relevance to Silicon Valley and all the tech interns we were serving, but as our audience started to change, we wanted to better reflect our values and changing audience.

When we began renaming the company, it was really tough. Every name we came up with seemed to already be taken. We landed on "Faros" because it means lighthouse in Greek, which reflects our values of being a guide to all our renters, hosts, and employer partners.

How has Faros changed over the years?

Besides the name, we have focused on creating a marketplace for anyone who wants an easier and more fulfilling renting experience. We're still focused on furnished apartments because let's be real — moving furniture is a nightmare and completely inefficient. We have lots of interns using Faros still, but digital nomads, founders, traveling nurses, and people just moving across the city are now using Faros, too.

Since so many renters moving to the San Francisco Bay Area need to live with housemates but don't always know people, we built a housemate finder to connect people looking for similar places for the same time who have similar values and lifestyles. We're focused on helping renters find apartments, housemates, and have experiences that give them fuller lives and make them feel at home.

As a CEO, what does your day look like?

I used to write front-end code all day, but I really only write emails and Slack messages now. I focus on business development, garnering new partnerships with companies and organizations that need help with housing options for their employees or users, whether it's start-ups, companies with year-round or summer internships, or universities. I also lead most of the meetings with our employees. We have a fully remote team, so we need to check-in with each other more than companies where you can see each other face-to-face.

How did you meet your co-founders Zach Waterfield and Courtney Sabo?

Zach also went to the University of Waterloo, and we both did an internship in Vancouver about six years ago. All the Waterloo interns in Vancouver would plan trips together, and Zach and I ended up skiing together a couple times. I graduated two years before him, and at some point he asked what I was doing, and I mentioned my new full-time job at a web design agency called Sequence, along with my plans to try to make my capstone project into a real product. As a backend engineer, Zach said he'd help code it.

Several months after I graduated, I met Courtney at Sequence in San Francisco. We weren't close at the time, and I asked for her opinion on the beta version that Zach and I had coded and she responded, "Well, that's terrible."  I actually wanted that feedback, so I wasn't crushed by any means. I asked her how to make it better, and she redesigned the homepage, and listing search page, and eventually decided to join as a founder.

You are a start-up founder with a company focused on housing, living in San Francisco. What's that like?

It was a learning curve when I moved here. Besides intern housing, I had never lived in a city. I'm grateful I had the chance to live in the Bay Area prior to full-time — when I worked at Google — to start to understand how areas like San Francisco differ from San Jose, and how neighborhoods within San Francisco like SOMA, Nob Hill, Financial District, North Beach all have different climates and vibes, or that BART and MUNI aren't the same thing.

The best thing about living in San Francisco is the entrepreneurial, hard-working mindset. You come here, and you get the bug to start your own company, and then you meet all these other people who are in the same position as you and struggling through the same things. The start-up world has an amazing community. People here work very hard — probably harder than most people think or assume. People pour their lives and souls into their next company idea, and almost everyone is willing to give you their time to help you.

What was your experience with Y Combinator?

Getting into Y Combinator was my dream ever since I first learned about it. I ended up getting a job as the first intern at a YC company called HigherMe, and that only made me want to be a part of it even more. When it came time to apply, we know it was a long shot. It's like the Harvard of start-up programs.

When we did apply, we got an interview, and then got rejected. We applied again for the next batch and got another interview. We did a podcast interview the same day as that second YC interview, and we are recorded saying that we didn't think we got in. When you have a YC interview, you find out if you got in the same day, so minutes later, we got the call saying we were accepted. It was unreal. That batch was a ~1.5% acceptance rate, so we feel accomplished just for getting in.

YC was like being in start-up school. Every week, we heard a hyper-relevant talk from someone in the start-up world, and just being around other founders helps you realize everyone is going through similar issues and you're all there for each other.

What are three personal or professional highlights for you over the few years?

2. Hiring great employees, all who work remotely, is amazing.

3. I tried out and got a spot on a team in the San Francisco Soccer League.

What has been your favorite Bay Area experience?

That's hard. San Francisco has a lot of shows, and I saw the Middleditch and Schwartz improv show at Nourse Theater, and it's the longest I've laughed in my entire life. Spring skiing at Tahoe is tied for first.

Ah. Everyone knows this about me. I love Michael so much. My favorite scene is Michael trying to give CPR to the beat of "Stayin' Alive" and he and the rest of the employees get carried away with the song. He ends up letting the "victim" die, at which point Dwight scavenges for organs and cuts the face off the dummy.

What inspires you to keep going?

This might sound cheesy, but honestly, after struggling with renting so many times, I'm stuck on creating a new vision of what could be. What we've realized over the past year or so is that the renting process doesn't stop when you move in — moving somewhere new can be really lonely and isolating. You don't truly feel at home until you have a place, are surrounded by great people, and have fulfilling experiences there. Our goal is to help renters feel happy and comfortable at home, and give them a nudge of confidence to go out and meet people and have new experiences. I've always been a bit of a workaholic. I've been stuck on this vision — which sure, sounds lofty to some — for more than four years now, and I am so consumed by its potential. Plus, Goliaths need competition.

Thanks for subscribing! We'll send you email updates with new blog articles.
Oops! Something went wrong while submitting the form.
Latest Posts 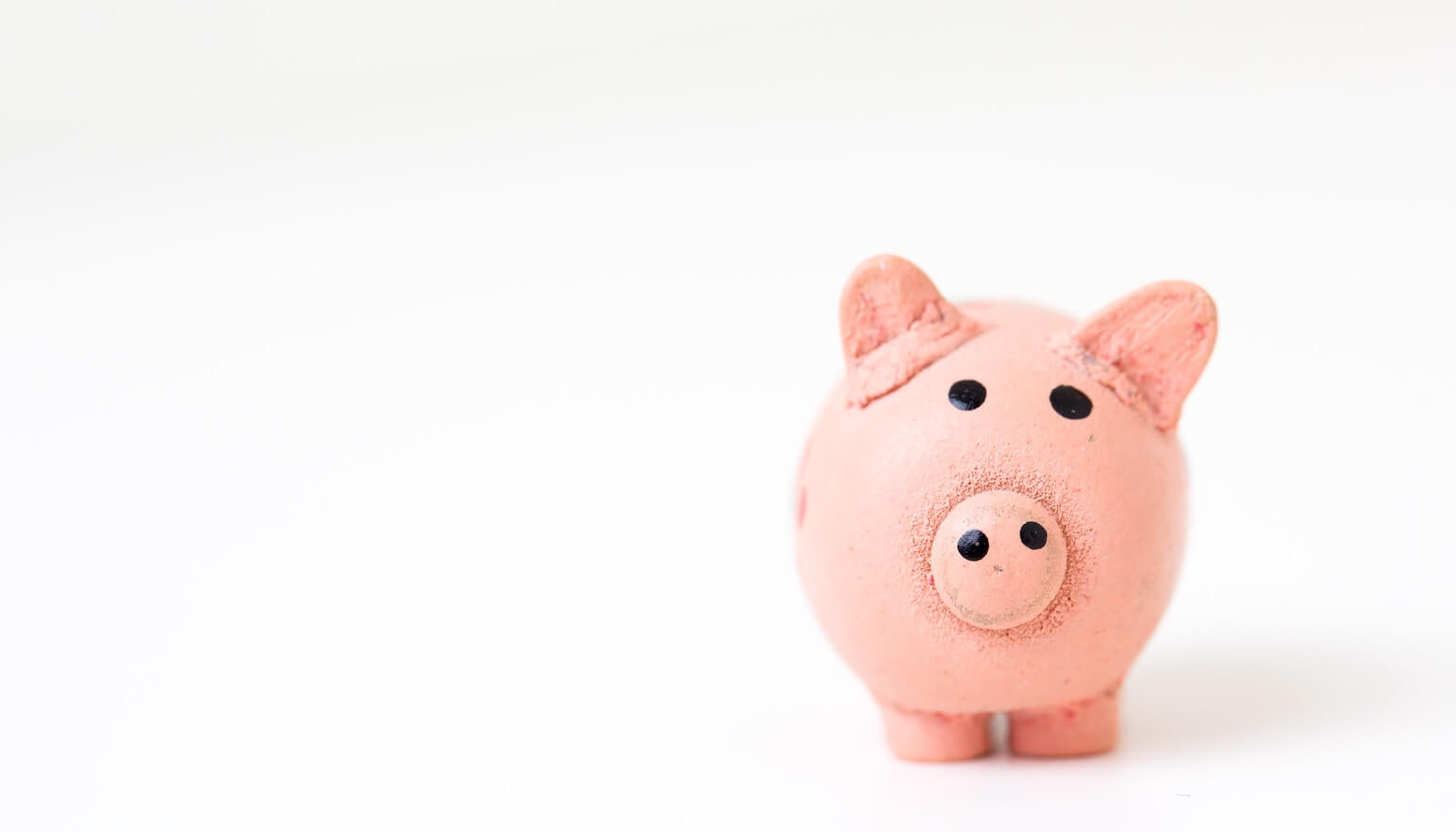 What is Prorated Rent, and How Should You Calculate It? 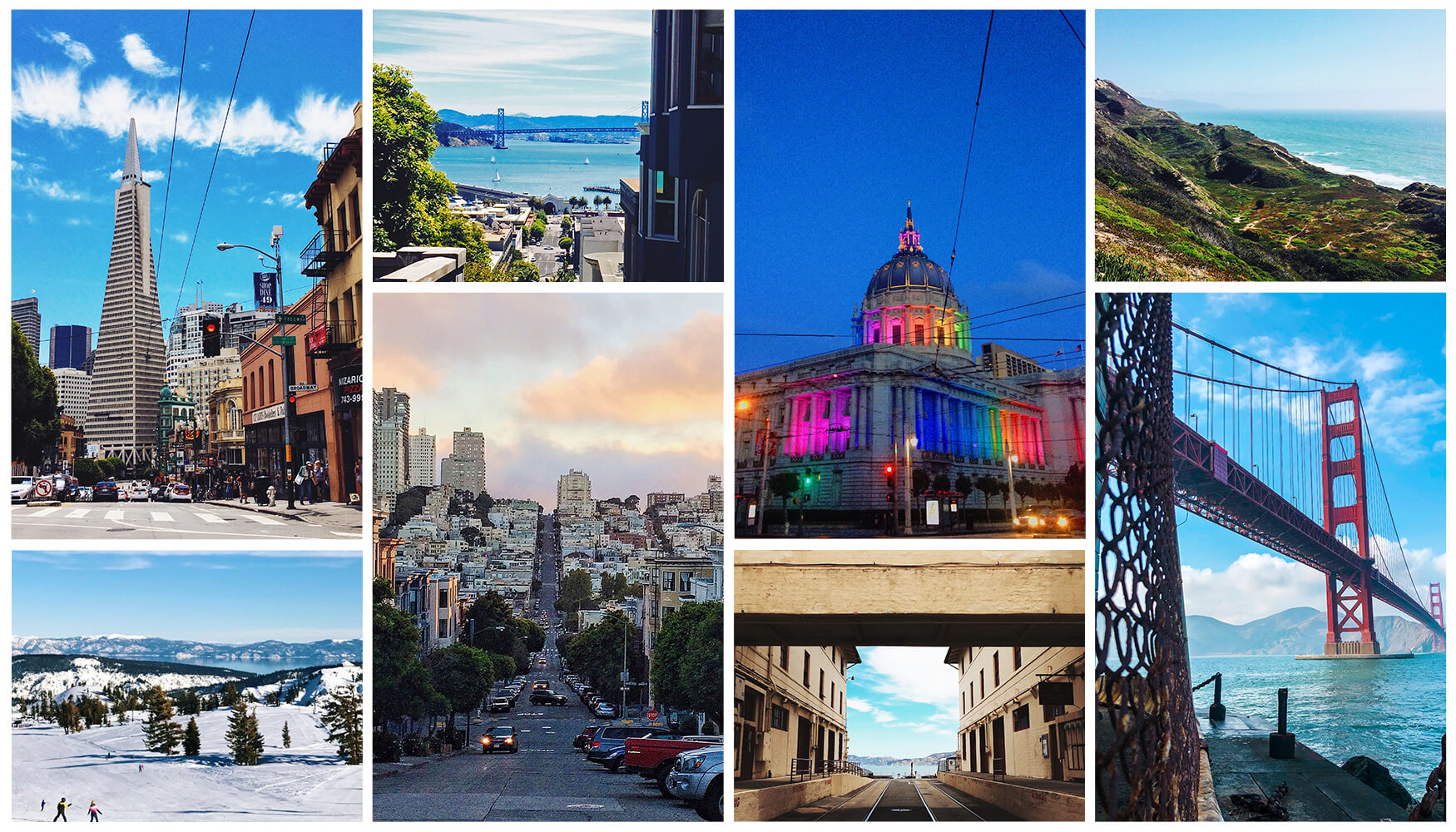 Four Years in San Francisco, and I'm Still Not Sure if I Love It or Hate It